Dr. Hall is the sweetest.  At the end of his raucous laughter-inducing response to yesterday´s post, he wrote:

As always, thank you, Chela, for sharing your verbal musings about verbal matters.  Are you taking any more language/linguistics courses these days?

Well, it´s probably no surprise to you that the answer is yes.  I have two projects to report!

You avid readers might recall (from this post here) that I´ve tried once before to study a language in a non-traditional setting.  It didn´t work.  The problem then was that the teacher was my mom (I didn´t tell you that back then because I wanted you to take me seriously).  Now don´t get me wrong--she used to be an Italian teacher officially--her skills were not the problem.  The problem was that my mom and I love spending time together, and when we´d get together with the intention of having Italian lesson time, we invariably got sidetracked and ended up doing something else entirely.  I take full responsibility.  We weren´t disciplined about it. 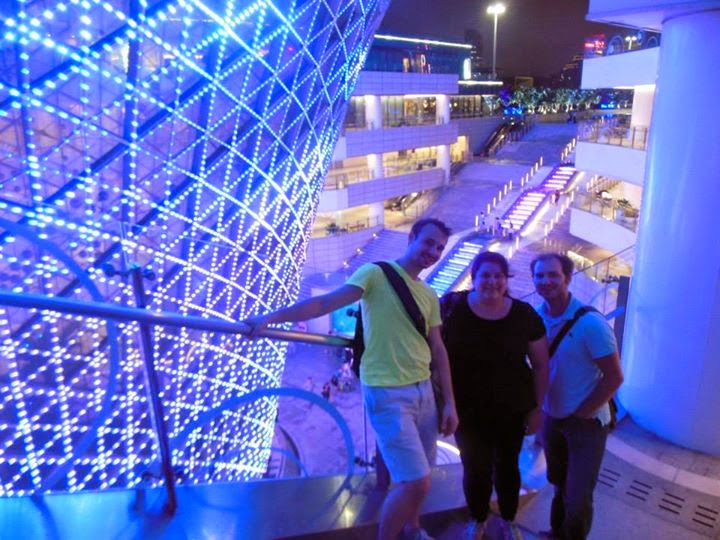 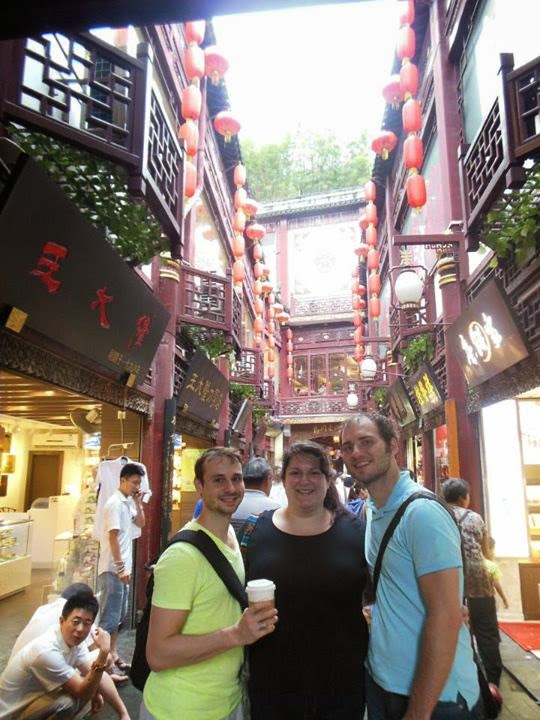 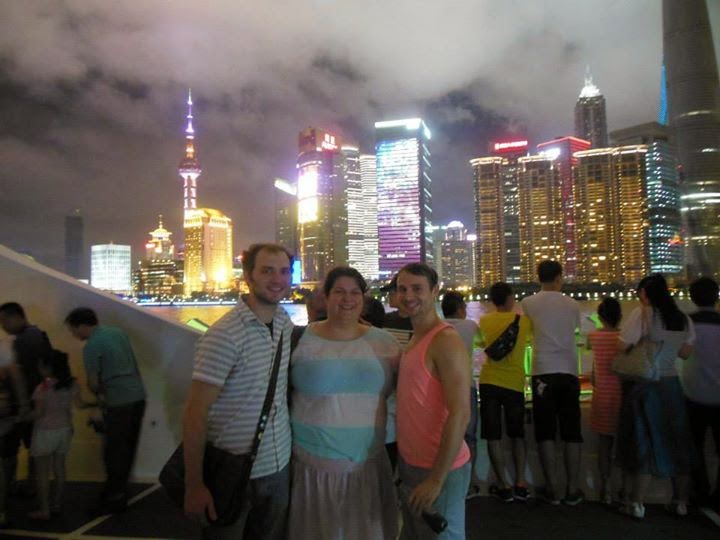 Well, that was five years ago and neither my brain nor my heart can turn off this passion for languages, and I was aching for something new.  I recently went to China to visit Khya (he lives in Shanghai) and I was completely impressed by his massive Mandarin and Shanghainese skills.*  I know he studied Chinese in college, but I also know that was a slow-moving process.  When he learned he was probably moving to China just over three years ago, he started doing the Mandarin Rosetta Stone.  He was completely dedicated and would sit at his desk for at least an hour each night repeating and repeating the lessons.  Well, I know three years have passed, but I would think for the average person it´d take more time than that to be as good as he is at Chinese.  Let me tell you, he´s good.

And so while there I was inspired to pick up a Rosetta Stone course.  I seriously considered starting Mandarin--but who are we kidding?  By the time I´m ready to use it conversationally, Khya probably will have moved somewhere else.  I´m trying to stay ahead of the curve, here.  Word on the street is that he might move to Brazil.  I´d definitely visit him there.  Portuguese it is.

This also makes me more marketable in my job search.  I saw this job listing here and thought, "yeah!  This is the perfect job for me--and I´m the perfect candidate for this job!"--except for the Portuguese part.  I mean, I´ve accidentally read Portuguese countless times.  Being fluent in Spanish and French allows me to read Portuguese, no problem.  But, man!  Whenever I hear it spoken, I don´t understand a thing!  I applied for the job anyway.  Haven´t heard back.

So Michael got me the Rosetta Stone for Brazilian Portuguese, and I´m trying my best at working on it regularly.  It´s been a week or so, and most days I´ve gotten my full hour in.  But let me tell you, learning a language this way is WEIRD.

Before this, I´ve only ever learned languages in the traditional classroom setting.  I started learning French in second grade, and speaking Spanish at home made that one a breeze.  I started learning German at LSMSA, and the teacher there had a methodology pretty opposite to Rosetta Stone.  We learned German grammar to it´s fullest and most complex extent in two years, but along the way forgot about vocabulary and oral practice** almost completely.  And so when I went to college intending to double major in German, I took the placement test and only tested out of the first semester of the first level.  I was really mad about this!  But I knew they were right in placing me there.  I only knew the most basic vocabulary.  But Dr. Olsen had drilled charts upon charts of grammar into our heads.  I knew it backward and forward.  Now don´t get me wrong--I loved it at the time.  I´m a mathematical, analytical person at heart, and this approach was just fine by me.  Anyway.  No use in crying over spilt milk.  I continued studying both French and German throughout college, and studied abroad a few times, in France and Germany respectively--at language academies***--which were wonderful.  I now consider myself fluent in French and highly proficient in German.

But Rosetta Stone has no charts.  No grammar.  No rules.  No tests.  I guess most people would like that, but it stresses me out.  It´s unbelievably repetitive.  This annoys me.  I just want to say, "yes, yes, I know all this, we´ve done it a thousand times, skip this, let´s learn something new!"  But I can´t.  Due to the "no charts and no tests" approach, I guess they´re hoping it´ll all just stick due to the "brute force of repetition" approach.  I guess it´s working.  I know a lot of basic words and phrases already.  And in my mind I´m making conjugation charts.

2.  My second announcement is that in January I´m starting this translation certification program at Loyola (provided I pass the interview and placement test in December--I´ll let you know).  It´s called a Certificate in Translation and Interpreting.  I could choose the Legal track or the Healthcare track, or both and well--yeah, I´m doing both.  It´ll only be three semesters.  I´ve told myself this´ll be useful in the job hunt, too.  The truth is, I´ve always considered translating one of my dream jobs.  More specifically, I´ve dreamed of translating novels, poetry, plays--but I guess starting in the healthcare or legal industries won´t hurt.  Plus, good ol´ Verizon is footing the bill so... yeah.  I´m obviously really happy about this.

*Andw can relate a story from when he went to visit Khya last year and they met some guys who were surprised to see a white guy speaking Mandarin.  Then Khya switched to their native Japanese, then the local dialect, Shanghainese--all with ease.  They were understandably astounded.

**For listening practice, we mainly just watched movies in German.  The selection was excellent, but my favorite was watching Mozart´s The Magic Flute.  Dr. Olsen teaches German and Russian, but his degrees are in Fine Art, and I love that he found reason for us to watch an opera in German class.  Well, the singing was in German, so of course this would help in our pursuit of German fluency...

***In France I went to L´Institut de Touraine; in Germany I attended the Sprachinstitut Tübingen.  Both were quite excellent.

Sensing this, and urged on by Prussian nationalists and Russian commanders, German nationalists revolted across the Confederation of the Rhine and Prussia. The decisive German Professional translation campaign likely could not have occurred without the message the defeat in Russia sent to the rest of Europe.

Very beautiful blog and I am supposed to collect a lot of information.

I really enjoyed this article. I need more information to learn so kindly update it.web design company in velachery

This is really an amazing article. Your article is really good and your article has always good thank you for information.

This article will outline all the different strategies you should be aware of when it comes to soccer.

very very informative post for me thanks for sharing

Escort Service In Gurgaon - Our call girls agency is ready to meet your all needs. They are enjoying most seductive female call Girls from different parts of the World. Have you ever date any female in your life? If no then you do not know the real taste of dating fun with a call girl. Then our Gurgaon Escorts service will help you to tackle your dreams with one of the independent female escort agencies.

Amazing! A particularly astounding and supportive post this is. I incredibly love it. It's so acceptable thus wonderful. I'm simply flabbergasted. I trust that you keep on taking care of your job like this in the future moreover…

Thanks for sharing this blog. It was so informative.
Things to bring to an interview
What to bring to job interview

Thanks for sharing this blog. It was so informative.
Best java coaching centre in Chennai
Best java institute in Chennai

Thanks for sharing this blog. It was so informative.
Java Training in Bangalore
Java Course in Bangalore

Thanks for sharing this blog. It was so informative.
IELTS Coaching Center in Chennai
Best ielts coaching centre in chennai

Thanks for sharing this blog. It was so informative.
JAVA Training in Chennai
JAVA Course in Chennai