soy milk and almond milk ARE NOT MILK

So we all remember Lewis Black's bit about soy milk.

But honestly, he's right, isn't he?
Khya recently bought some AlmondMilk. Did he mean almond flavored soy milk? or almond flavored real milk? No, just almond milk. Milk made from almonds. But there is no almond titty either, so what in the world is he talking about?
I was so confused, and it didn't taste very good at all. But what I realized was, actually, it was more gratifying if you didn't go into the tasting experience with the milk-expectation. I insisted they think of it as juice and it would taste better. For me it did, anyway.

milk is:
1. an opaque white or bluish-white liquid secreted by the mammary glands of female mammals, serving for the nourishment of their young.
2. this liquid as secreted by cows, goats, or certain other animals and used by humans for food or as a source of butter, cheeses, yogurt, etc.
3. any liquid resembling this, as the liquid within a coconut, the juice or sap of certain plants, or various pharmaceutical preparations.
juice is:
1. the natural fluid, fluid content, or liquid part that can be extracted from a plant or one of its parts, esp. of a fruit: orange juice.
2. the liquid part or contents of plant or animal substance.
3. the natural fluids of an animal body: gastric juices.
4. any extracted liquid.

So it seems like technically, according to definition #4 of juice, milk must be a subset of juice.

I looked for anything that might be called almond juice instead of almond milk. I found a Chinese product called LOLO Almond Juice, but it has the same ingredients as almond milk--ground almonds and water blended together.
Wiki also issues this warning: users should be cautious not to use bitter almonds, since the combination of bitter almonds and water releases cyanide.
... And coconut juice redirects to coconut water, which is completely different. Coconut water is the clear liquid inside young coconuts (fruits of the coconut palm), not to be confused with coconut milk. As the fruit matures, the coconut water gradually is replaced by the coconut meat and air. A very young coconut has very little meat, and the meat is very tender, almost a gel. Coconut milk is a sweet, milky white cooking base derived from the meat of a mature coconut.
I *guess* we can call it almond milk... but I think you'll have a better time if you think of it as almond juice.
at 2:33 AM 5 comments:

My wonderful roommate Maffo made me some French toast this morning!
The result: a whole slew of blag ideas! and a delicious morning.
I asked, is French toast really French? He said, I think so. In French, it's called pain perdu. That means lost bread. WHY is it called that?

Ok, here we go.
According to the International House of Pancakes--that's right, IHOP, French toast is not necessarily French in origin; it is likely that the recipe dates back to medieval times and may have been a logical "invention" by different peoples, akin to battering and frying any food. Supposedly it was originally known in England and America as "German toast", prior to the First World War, when it was changed because of anti-German sentiment.

But I think it's even older than that. A version appears in the 4th century Roman cookbook, often attributed to Apicius, "Aliter dulcia: siligineos rasos frangis, et buccellas maiores facies. in lacte infundis, frigis [et] in oleo, mel superfundis et inferes." - "Another sweet: Break grated Sigilines (a kind of wheat bread), and make larger bites. Soak in milk, fry in oil, douse in honey and serve."
It turns out now, variations of French toast are popular all over the world. The names also vary from country to country; however, "lost bread" seems to be a popular name for it in countries' respective languages. In France and other Francophone places, it is called pain perdu, or "lost bread", since it is a way to reclaim stale, "lost", bread: hard bread is softened by dipping in a mixture of milk and eggs, then deep fried.
--

About powdered sugar.  Well, first of all, in reading the variations of French bread around the world, I read that in Spain, it is called torrijas and is typically made during Lent, out of thick slices of bread soaked in milk or wine, dipped in egg, fried and then drenched in spiced honey. No mention of powdered sugar... so I *guess* I'll buy that they just don't have any there.

Powdered sugar is essentially sugar that has been pulverized--made into a powder. I translated around to a handful of languages and the respective names for powdered sugar all reflect this. EXCEPT IN SPANISH. It's called azucar glas. Why? Glas in this case is short for glaseado, which means glazed--which makes a lot of sense seeing as how the primary purpose of powdered sugar is for making glazes and frostings, really.

Glas is really the Spanishization of the French word glace (pronounced the same way) which means frozen. Like frosting. Zomg it all comes together now. 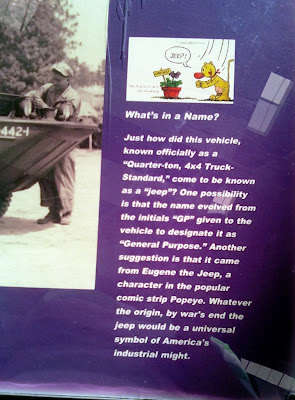