Dwarves and Elves and Angels

Ok, when I was growing up, I learned that in Spanish
duende = dwarf and enano* = elf = midget.

I guess I never wondered why Santa's elves and Snow White's dwarves were both enanos*.
Just the other day I happened across this article claiming DUENDE is the single most difficult word to translate from Spanish to English.  Read here.

In 1933 Spanish poet and theater director Federico Garcia Lorca gave a lecture in Buenos Aires titled “Play and Theory of the Duende” in which he addressed the fiery spirit behind what makes great performance stir the emotions:

“The duende, then, is a power, not a work. It is a struggle, not a thought. I have heard an old maestro of the guitar say, ”The duende is not in the throat; the duende climbs up inside you, from the soles of the feet.’ Meaning this: it is not a question of ability, but of true, living style, of blood, of the most ancient culture, of spontaneous creation … everything that has black sounds in it, has duende.”

Of course a lot of people who commented on the article said the same as me, that they understood duende to be a dwarf or elf, etc. but there were a few interesting responses as well:


César on February 22, 2011 at 6:13 am
In fact, this use of the word “duende” is more typical of the region of Andalusia, mostly used for “flamenco” dance and music, and is not very extended to other parts of Spain. From what I gather, it means something similar to being posessed by the spirit of the artwork, so that the artist expresses its fiery feelings, like a flame revealing the hotness and lawlessness of the fire.

Mikhail on February 22, 2011 at 5:05 am
In Trinidad and Tobago. A douen (which I presume comes from the same word duende due to our past Spanish Influence) is actually a small childlike creature that wears straw hats and runs around in the bushes on back-to-front feet. They were thought to be the souls of unbaptized children.

Blueberry on February 22, 2011 at 2:49 pm
In Buenos Aires generally people say that someone has “angel”, not duende, when talking about talent.


Which brings me to this phrase I´ve been wanting to mention, just because I like it a lot.  In Mexico, tener angel means to be really charismatic.  Someone who has a lot of angel is someone who is really likeable.  Now I always attributed this phrase to Mexico being super-Catholic, but maybe it´s related to this dwarf-elf spirit.

This is another example someone gave on wordreference.com:


In Andalucia you say someone "tiene AGE" that really refers to "tiene ANGEL" when someone is very artistic.  For example when a dancer dances very well you say "tiene age (angel)."  Hope this helps.

which sounds like what the aforementioned article said about DUENDE.  Maybe angels and dwarves are all descended from the same creature, which just evolved into having various names, depending on what part of the Spanish speaking world they finds themselves in.


*Or in this case, enanitos, the diminuitive form. 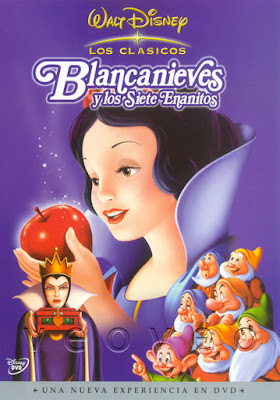 Lorca was my introduction to the term "duende," and no version of his text that I've read has even tried to render the word into English. Considering, though, how many Catholic saints and traditions came from paganism, the dwarf/angel duality makes a lot of sense. Fascinating!