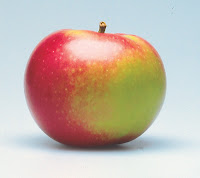 Why is Macintosh called Macintosh?  Did Steve Jobs come up with that?  Ummmm... I don't know.
What even came first?  The Mac or the Apple?

Apple Computers, Inc. was established in 1976 (not until 2007 did they change the name to Apple Inc.) and the first computer Steves Jobs and Wozniak built was called the Apple I.
Why Apple, though??  I'm still not sure.  Various answers float about the internet, such as:


My model for business is The Beatles: They were four guys that kept each other's negative tendencies in check; they balanced each other. And the total was greater than the sum of the parts. Great things in business are not done by one person, they are done by a team of people.

The first Macintosh was not introduced until 1984.  Jobs wanted to name it after his favorite apple, the McIntosh, but had to change the spelling to Macintosh because there was an audio equipment company already named McIntosh.

McIntosh apples are actually really common in North America, used for applesauce, cider and pies.  They're the ones that are red and green!  There are internet rumors that Jobs used to work in an apple orchard, but I highly doubt it.
at 12:51 PM

The apple orchard story has been confirmed by Steve Wozniak a good decade or so ago actually. I did a quick search but couldn't find anything direct from Wozniak, but I did find this article, which is pretty much how I remember Woz telling the story: http://www.cultofmac.com/125656/this-lsd-love-guru-turned-gold-mining-billionaire-gave-steve-jobs-his-reality-distortion-field/