I happened upon this great website called Etymologically Speaking written by Stephen Morgan Freidman.  He's happened upon *quite a few* interesting etymological discoveries, so I thought I'd copy and paste my favorites here.  I'm putting them into categories for you.  Some of them seemed too outlandish to be true, but I've double checked a lot of them in the OED and they are all solid, believe it or not.

Gorilla
New Latin from Greek Gorillai, for a tribe of hairy women, from Hanno's account of his voyage along the N.W. coast of Africa, c.500 B.C.E. (Check line 18 here.)

Husband
Comes from the Old German words hus and bunda, which mean "house" and "owner," respectively. The word originally had nothing to do with marital status, except for the fact that home ownership made husbands extremely desirable marriage partners.

Companion; Compañero (Spanish); Copain (French) Companion
From the Latin "Companionem," "Con" (with) and "Pan" (bread) -- presumably, your "companion" was someone with whom you would "break bread.
This one is so obvious!  How did I never see it before?!

The English word "gin" comes from the French word genievre, which means "juniper," the name of the berry which gives gin its distinctive, bitter flavor. Incidentally, the term "juniper" comes from the Celtic word jenupus, meaning "bitter." The Swiss city Geneva also stems from the same source. Apparently, the countryside around Geneva had originally been filled with wild juniper plants.

Groggy
Comes from the description of the feeling that many British sailors experienced when they would drink too much "grog," a mixture of rum and water. Grog is said to have taken its name from the nickname of "Old Grog" given to British Admiral Vernon by his sailors; much like Lord Mountbatten later, he was in the habit of wearing a kind of heavy coat of grogram, a coarse weatherproof fabric (the word comes from the French gros-grain). The sailors started to apply their nickname for him in a rather derisive way to their rations of rum, after he mandated in 1740 that they be diluted with water. 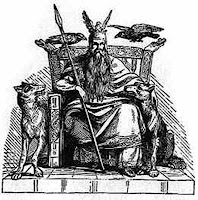 Witness
From the pre-Christian, Germanic term "witan", which means wise, tribal elders (literally, those who follow the way of the Norse god "Wodin" or "Odin").

Slogan
from 2 Celtic words: "slaugh" and "gheun" which mean, respectively, "battle" and "cry".

Essay
The English noun essay comes from the French verb "essayer," to try. Early intellectuals believed their papers to be only a modest attempt to put their ideas on paper.
I always wondered about this one. 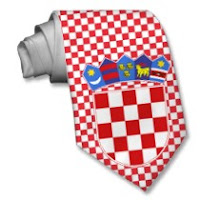 Cravate (French); Krawatte (German); Corbata (Spanish) Tie
The term "Krawatte" (German), "cravate" (French) and "corbata" (Spanish), which all mean a man's "tie", first originated in the Napoleonic Wars when French troops were entering the territory of Crotia, which, at that time, was part of the Holy Roman Empire. Apparently the Croatians were so estatic to be rid of the German Habsburg yoke that they showered the triumphant French troops with flowers and ran up to them and tucked squares of red cloth in the collars of their uniforms as a gesture of goodwill. From them on the term "Croat" or a variation thereof seems to have stuck in may parts of Continental Europe.

Trivia
The derivation of the word trivia comes from the Latin for "crossroads": "tri-" + "via", which means three streets. This is because in ancient times, at an intersection of three streeets in Rome, they would have a type of kiosk where ancillary information was listed. You might be interested in it, you might not, hence they were bits of "trivia."


Huh! and Well of course:

Barbarian
From the Greek "barbaroi," meaning "babblers," used to mean non-Greeks, i.e., people who didn't speak Greek; from the sound that the Greeks thought they were making: "bar bar bar bar..." 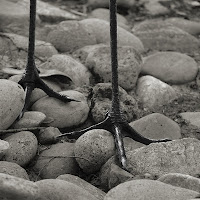 Pedigree
From the French "Ped de gru," which means or meant, "Crane's foot," the /|\ symbol "used to denote succession in a genealogical table.

Denim/Jeans
The tough cloth used in jeans was originally made in Nimes, France, as well as Genoa, Italy (hence "jeans"). It was called Serge di Nimes--later shortened to di Nimes, which became denim. 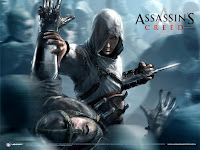 Assassin
From the old Arabic word "hashshshin," which meant, "someone who is addicted to hash," that is, marijuana. Originally refered to a group of warriors who would smoke up before battle.

Escape
In Latin, escape means "out of cape." The ancient Romans would often avoid capture by throwing off their capes when fleeing.

Malaria
From the medieval Italian "mal'" (bad) and "aria" (air), describing the miasma from the swamps around Rome in the summer months, believed to be the cause of fevers. 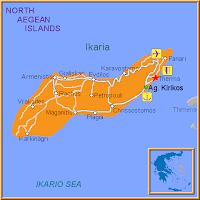 Thermostat
"Therma" (hot) is from the Greek city of Therma, known for its hot springs.  Among the most healing yet radioactive springs in the world, look.

Debonair
French for "of good air." In the Middle Ages, people's health was judged partly by how they smelled. A person who gave off "good air" was presumed healthier and happier.

Derive
From the Latin "De Rivus," "From a stream."

Elite
From the Latin elire, meaning "to choose," from which we also get the modern Spanish word meaning the same, elegir. 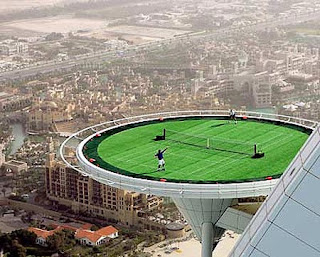 Tennis
"Tennis," a sport which first developed in France, was originally "tenez" (pronounced tuh-nay) which is the French verb "tenir" conjugated at the second person of the plural as a polite imperative verb (translated in this case by something like "there you go"). They were saying "tenez" when they hit the ball so as to say :"there, try to get this one". But tennis lost popularity in France and gained popularity in England at the same time. So, English people were still using the word "tenez" each time they hit the ball, but saying it with the English accent which sounded more like tennis, and which eventually took this new spelling. Then the sport gained popularity world wide and got picked up by many languages, including French.
at 8:46 AM

The town of Therma was probably named after the Greek word "thermos" ("hot") and not the other way around. The Greek word is cognate with Latin "fornix", English "warm".